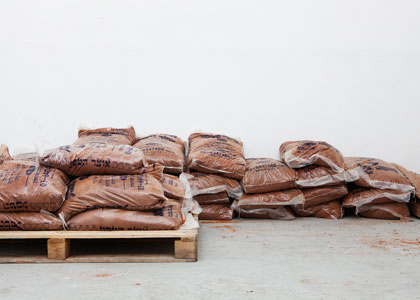 Continuum” series
1200 kg dirt: Ariel Reichman
17.10.2013-4.1.2014
Curator: Hila Cohen-Schneiderman
In his solo exhibition, 1200 Kg Dirt, Ariel Reichman plays the role of an artist, a gardener, a “bereaved mother”. The garden which he has been tending in the last few months is a strange, beautiful and disturbing garden, containing plants and sculptures, paintings and objects. More than a garden, it is a state of mind, an attitude; a kind of parallel universe in which the Petach Tikva Museum’s Collection Gallery has become a mausoleum, where plants breathe life into the sculptures. It is a garden where the speech is weaker than the silence, and the body precedes the mind.
Reichman’s exhibition engages with the existential paradox that underlay the erection of Petach Tikva’s Bet Yad LeBanim (a building in memory of the fallen soldiers) right next to Independence Park – the struggle between the culture of commemoration and nature, which always tries to grow wild. His work addresses the national aspect of the museum’s collection and examines bereavement, pain and loss alongside the myth of heroism. The cult of death depends on figurative and dramatic representations, whereas Reichman proposes to replace them with a connection with nature as a life-affirming possibility.
The garden he creates relies, both materially and visually, on vegetation common in cemeteries, particularly in military cemeteries in Israel. Reichman’s tending activity typifies the work of mourning carried out by bereaved families. This is not melancholy work, but rather a continuous ritual which keeps the mourner alive and in a certain sense becomes the purpose of his life. It is in this mental state that the families tend to the little gardens on the graves of their loved ones – which, on the one hand, look as uniform as soldiers, and on the other, blossom with plants and personal effects. This work of mourning contrasts with the official “Commemorative Enterprise”, as the families’ struggle to particularize their mourning highlights the failed nationalization of the fallen, and their existence on the line between the personal and the collective, the political and the intimate.
This tension also underlies Reichman’s gardening activity, having started the working process in his private studio before transferring his garden, planted on 1200 kg of dirt, into the institutional exhibition space. Once he had brought up sculptures and paintings from the collection’s underground storage into the gallery, his actions became subordinate to the instructions of the restorer, or clashed with them. He was required to dim the garden’s lights and use pest control, in order to kill the insects infesting it and threatening the life of the collection. Despite this, the garden seems to have gone out of control, climbing up the sculptures installed in it, as if to realize their own fantasy of coming back to life. Moreover, when Reichman covers the sculptures physically, with sand or vegetation, he also metaphorically covers their mythical aspect. This is not a violent or oppressive act, but rather a natural ecosystem, in which nature offers something different from the paradigm that posits human intervention in commemoration.
And in this artificial garden, in which sunlight is florescent light, plants grow out of tiles, the rustle of the ventilator turns the wheel of the weather vane, and the crow ominously watches the youth, it is evident that every gesture in Reichman’s work has a sculptural value. The understanding that everything here is sculpture creates a poetic/cruel equation which relies on the unifying logic of the military cemetery, in which a private is buried side by side with a colonel; thus Dov Feigin’s iconic sculpture, Palmachnik, receives the status of a weather vane or a protruding cactus threatening to jump off the shelf’s springboard. In this ecosystem, a sculpture or a painting has the same status as a plant, the hierarchy is finally leveled out, and a proposal is formed that exposes the gap between the mythic and the “natural”. For myth is not a thing of nature, but rather something that is built and constructed.
List of works from Petach Tikva Museum of Art collection
Zvi Mairovich, Composition, 70s, mixed media
Sharon Poliakine, Untitled, 2008, print
Mina Blich-Sisselman, Landscape, oil on canvas
Anna Ticho, Flowers, ink on paper, 60s
Joseph Constant, Heron, charcoal drawing
Arieh Resnick, Heron, stone
Joseph Constant, Caribous, charcoal drawing
Aharon Giladi, Soldier Head, diluted ink drawing
Anna Ticho, Flowers, water colors, 60s
Moshe Gershuni, And We Will Remember Them All, 1984, print
Miriam Kipper, Boaz, bronze
Joseph Constant, Tiger, charcoal drawing
The Garden
Dov Faigin, Palmahnik, 1948, bronze
Assi Meshullam, Crow, 2006, Mixed Media
Arieh Resnick, Doe, stone
Zehava Odess Stern, Sunbird, iron sculpture 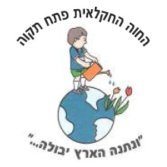