Sick Fireflies and Lightnings in Jars 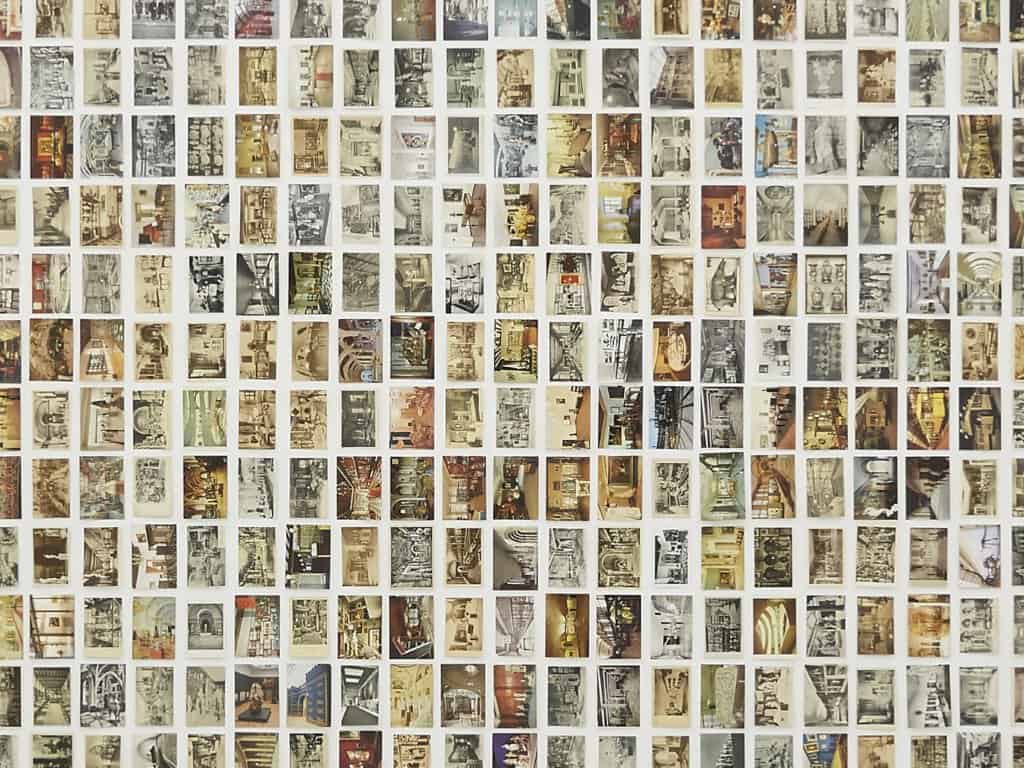 “If I could store lightnings in jars, I’d give them to sick fireflies to light their way.”

this quotation by an anonymous Internet poet, captures the spirit of the exhibition: the ability to observe a small collection, at times esoteric or eclectic, and gain a wealth of insights that arise from that concentrated multiplicity. The range of gazes and angles emerging from the random collections featured in the exhibition allows observation of common spheres of life, thereby exposing something about the modes of hierarchy-making and evaluation structuring our gaze. Just as a sick firefly may regain its glow, so a captive gaze, automatic judgment, or a prejudice may dissolve as it is exposed to the diverse possibilities embodied in multiplicity.
Collections, clusters, corpuses usually comprise a group of objects of one kind: a bunch of lightnings, a box of spinning tops, a notebook of dreams. The clusters in the exhibition, however, do not inquire about collecting as such; rather, they are interested in the outlooks resulting from their juxtaposed display and the stratified, multiple gaze they generate.
Collections are not archives. They do not seek exclusivity, or present themselves as the voice of truth. They are not authoritative, but rather open and flexible. Some may be regarded as corpora—a word which seeks a physical context (corpus) for a given cluster of things. The corpus absorbs a measure of plasticity by virtue of its existence as a human testimony, rather than a field of knowledge that claims objectivity.
The small, unique collections showcased in the current exhibition introduce a multiplicity of perspectives to the spectator which span diverse fields: different perceptions of time in artworks suggest the possibility of an alternative temporality; processes of political imagination make it possible to contemplate alternative social structures; shattering ethnographic display conventions challenges the attribution of fixed functions to given objects or ethnic groups; and deviation from fixations of self-perception paves the way to imagine possible futures, whether private or collective.
The exhibition also conceals lightning in a jar, hosting “G/host”—an exhibition within an exhibition which presents ghosts of Israeli artworks from the 1970s. MFA students at the Bezalel Academy of Arts and Design created tributary works inspired by works from the Levin Collection of Israeli Art, and various writers responded to these pieces with accompanying texts. The result is a presentation of a collection of Israeli art through its non-presentation
The works are courtesy of the artists, unless indicated otherwise.

produced in collaboration with the MA Program in Policy and Theory of the Arts, Bezalel Academy of Arts and Design, Jerusalem

Oriol Vilanova, Mausoleum, since 2013, 1,947 postcards, Courtesy of the artist and Parra & Romero

As opposed to other works in the exhibition, which do not address collecting per se, Oriol Vilanova’s work is a quintessential collection of postcards, purchased in flea markets around the world. Through the collection he discusses “political mechanisms”—various systems for the organization of data and knowledge, which present objects in a way that structures the historical narrative associated with them and our future gaze at objects of their kind. Vilanova regards the postcard collections as “thinking machines,” which call upon us to reconsider assertions posed as truths with skeptical flexibility.
The collection featured in the current show began taking shape in 2011, and today it numbers more than 2,250 postcards, documenting displays from the 19th century to the present. The postcards were produced to document exhibitions and exhibits in military museums, museums of natural history, ethnographic museums, and museums of art. Some of the items depicted in them recur in several postcards as part of different displays, thereby exposing the various modes of sorting and classification applied to a single object: what began as a primitive item became human testimony, while an ethnographic object reemerges as a work of art. The temporal blend in the cluster of items reveals historical shifts in the construction of meaning, revisions, as well as hierarchy and context distortions. These insights draw the gaze at ourselves, too—at the way in which we classify objects, frame art, and judge human phenomena. 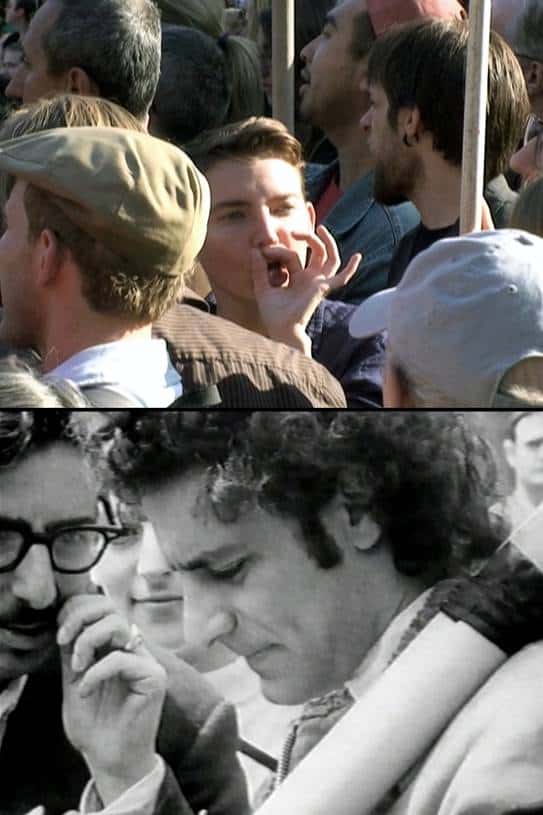 
During an artist’s residency in New York, Anna Lundh traced the artistic working methods of two Swedish artists active in Lower Manhattan in the 1960s and 1970s—Öyvind Fahlström and Barbro Östlihn– and has been developing a series of works where she ”reworks” aspects of these working methods, from a future perspective. Fahlström documented political events in image and sound, such as the Yippies’ 1968 protests and groups opposed to the Vietnam War, in New York and Chicago. His filmed and recorded materials was presented to the Swedish audience in the form of reportages for the printed press and radio, as well as a TV documentary. In 2011–12 Lundh filmed the civil rebellion of the Occupy Wall Street movement in Manhattan, which included demonstrations, protest rallies, and assemblies to exchange information. She subsequently wove excerpts of her photographed footage into Fahlström’s work and vice versa, to create mutual fertilization and contamination between these civic events. The result is a cluster of democratic actions that recur under different historical conditions and different governmental circumstances, documented via different technological means, which frame and discipline the perception of the event in different manners 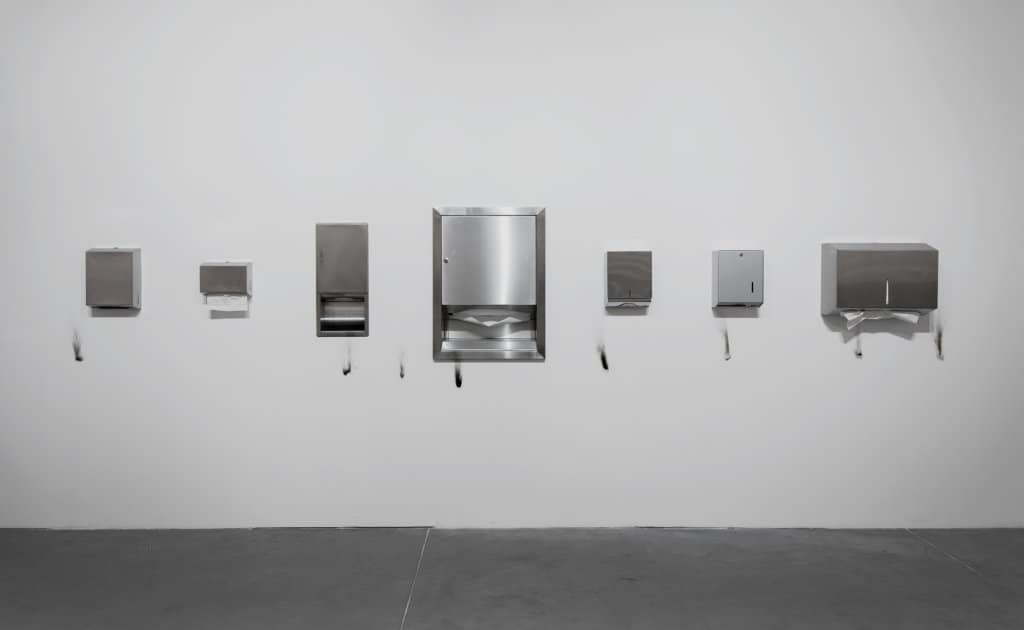 Mexican artist Gabriel Kuri’s work spans seven stainless steel paper dispensers of the type found in public toilets the world over, whose gathering together explores the minimalist notion of the series. Differently sized, the dispensers are juxtaposed with burn marks, and were originally installed—as part of the series Bottled Water—on the ruins of a spa site. Thus, the work presents a series of mass-produced commodities distributed throughout the world, alongside an absent, anonymous human presence which attests to everyday hygienic acts. The cluster of objects removed from their contexts indicates a sterility which was stained with the traces of some mysterious human activity that caused the burning of the paper and scorching of the wall.
Kuri’s work draws attention to modernist display schemes, examining how mundane occurrences assume a differentiated guise through their presentation in a given context; how the way in which we analyze, interpret, and assimilate visual information is influenced by its modes of arrangement and presentation; and how a given mode of framing structures the meaning of the thing reviewed. Concurrently, the work exposes the temporality of human action: the various burn marks indicate different burning durations, yet convey nothing about the nature of the act and its relation to the polished materiality of the dispenser from which the paper was extracted. Depicting an action and its material and temporal traces on commodities, the work attests to the absence of the one performing that act. 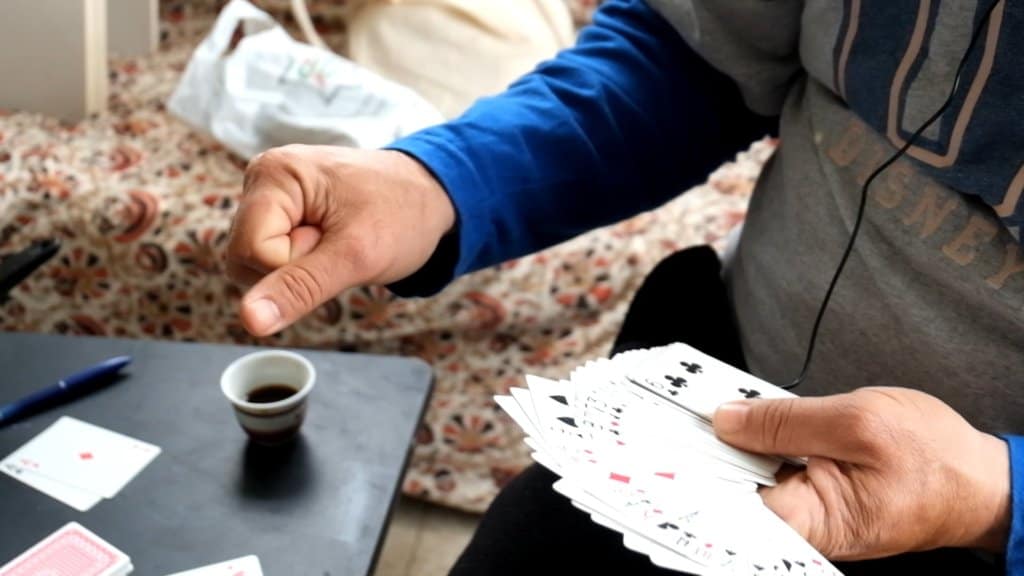 Hamody Gannam’s work is akin to a corpus of the “self”; a collection of impressions and memories, anecdotes and events he deems significant. The viewer is invited to stand in the center of this cluster, to penetrate the collection of images comprising it, and choose what to look at and when. Its underlying logic or order is associated with the local card game Banakil, which disallows a tie or a single winner, since the winner must take into account the situation of the other players. The game requires complicity and cooperation, whether as a strategy or out of altruism, so that one who plays alone will invariably lose. There is no victory without collaboration.
Gannam takes us on a journey that transpires in-between a “stream of consciousness” and a “news feed”; a journey along an incessant flux of images, memories, and impressions that correspond with one another: places in the artist’s life; excerpts from 1950s Israeli propaganda broadcasts encouraging European Jews to immigrate to Haifa, his hometown; violent scenes from the computer gaming scene and characters from “Mortal Combat”; footage from the 2006 FIFA World Cup qualifying rounds, and animation of Israeli football players such as Rifaat (Jimmy) Turk and Zahi Armeli; twerking in contemporary Saudi Arabia alongside Debka dancing under the auspices of the Kuwaiti army, organized to encourage the Palestinians in 1967; various toilets representing an economy of physical fitness as much as they allude to the father of readymade; doggy-style positions juxtaposed by singing excerpts from Emsallam Hdaib, an exiled Palestinian singer whose songs challenge every presumption about his ideology. The excerpts are all soaked in bacterial cultures which Gannam grew in the studio from his own skin, as if he had infected them with his DNA. Toward the end of the loop, a friend of the artist’s father explains the rules of the game, so that every image and image constellation acquires yet another, strategic meaning: Which image is placed under which color? What is red and what is blue? Is purple possible at all? 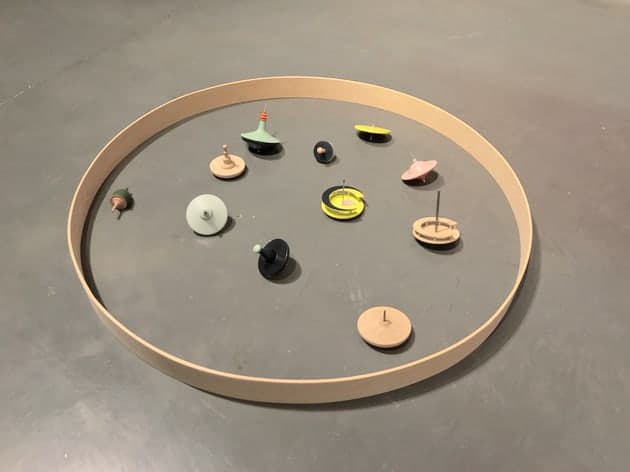 Céline Condorelli’s work delves into forms and configurations of display and labor. The collection of “spinning tops” presented in the current exhibition alludes to the work of Italian-Brazilian architect Lina Bo Bardi, who believed that museums should also contain a playground and collections from popular culture. Playgrounds allow free, even intimate, unrestrained relations among people and between people and objects, as opposed to our interaction with art. For that purpose, Bo Bardi designed objects that encourage free use, and the “spinning tops” in the current exhibition are, in fact, scaled down models of carousels which, in their ideal dimensions—life-size—serve as a platform for group play.
Condorelli’s work presents Palle Nielsen’s Model for a Qualitative Society (1968) inspired by Bo Bardi, created to form pockets of spontaneity and non-instrumental activity in a utilitarian society. Following Bo Bardi, Condorelli, too, strives to promote the values of a non-hierarchical, anti-elitist, cooperative culture, as she explores the potential innate to common spaces, welfare policy, and investment in culture. This gives rise to questions such as: What world views might state-supported spaces promote? What kind of communality do community institutions such as museums and sports venues wish to constitute, and what kind of communality is created in carousels or playgrounds? 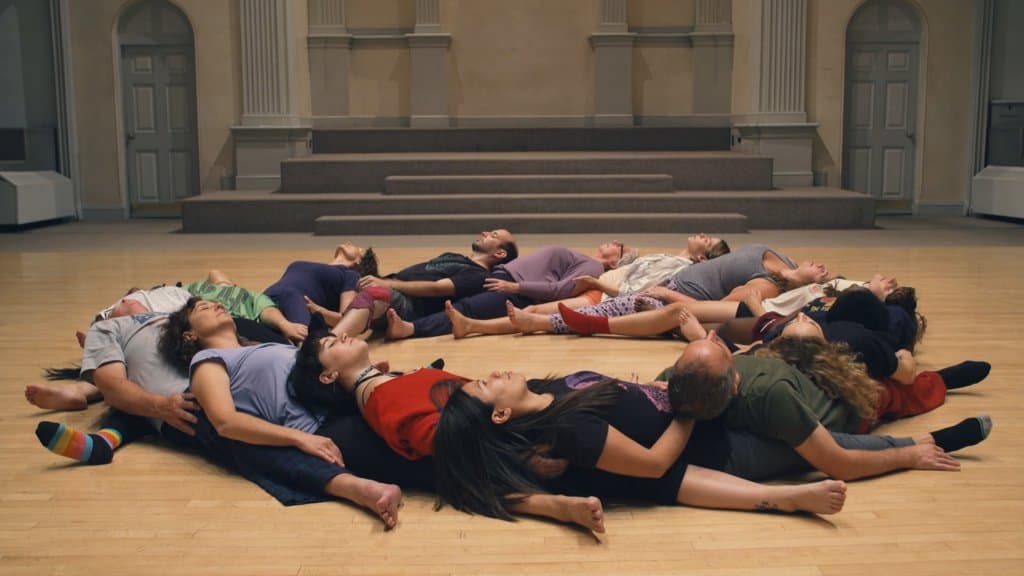 The materials underlying this work were gathered by American writer Sheila Heti during the Barack Obama administration. Heti asked people to send her dreams about politicians, and especially about the first African-American president, whose statesmanly appearance and stamina left no one indifferent, including Ruth Patir herself, in whose dream the president revealed to her his secret passion for pottery. In response, Patir expanded Heti’s collection and invited interested sleepers to take part in the featured work.
In a dream workshop of sorts, the sleepers share their visions, the imaginary situations in which they participated and the feelings elicited by these encounters. Patir’s reading of these is inspired by Freud’s The Interpretation of Dreams, thereby framing them with a regime of meaning which forces its exegetic hierarchy on the symbols they contain. The work raises questions about the existence of political and semiotic regimes which structure our personal and public relations with public servants; she explores out connection, as citizens, with our representatives-rulers, as our faithful or false representatives and as objects of desire in a bifurcated emotional, often libidinal economy.

G/host: Art Inspired by Works from the Levin Collection of Israeli Art