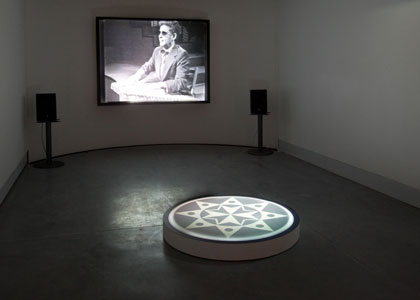 The Israel Broadcasting Authority (IBA) Arabic Orchestra was established in 1948 and operated until 1993 as part of Arabic Kol Israel (Radio D). Most of the musicians were Jewish immigrants from Iraq and Egypt who arrived in Israel in the early 1950s. Initially, the orchestra played musical fragments which were interspersed in quiz shows. Later on its repertoire included original music and music from the Arab world. In 1957, upon the arrival of musician Zuzu Musa from Egypt, the Orchestra was reorganized in the form familiar to the public from its (later) performances on national television. The Orchestra was one of the key institutions of Arabic music in Israel, and acquired listeners from the entire region. Unfortunately, its documentation and the historical sources concerning its activity are lacking. The title of Nevet Yitzhak’s work is drawn from Inbal Perlson’s book by the same name. Perlson studied, for the first time, the political-historical contexts and circumstances which led these musicians, decades after their immigration to Israel, to cling to this cultural world and continue to live a language and music they had brought with them from their countries of origin. Yitzhak’s work employs original IBA archival material presenting the orchestra performing in the program “Music and Song.” Yitzhak deconstructs and reconstructs these materials. The new visual-musical work loses some of the authenticity of the original music, yet reintroduces the tradition and the past. By lingering on a moment in the past, Yitzhak furnishes the orchestra with a new platform.