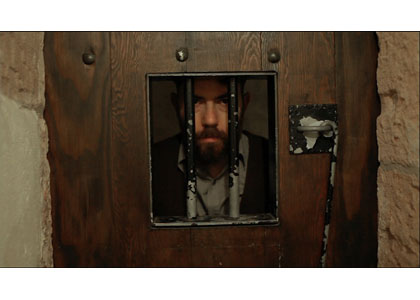 Guy Goldstein’s work engages with transitions in medium between sound, form, color, and time, and the by-products of this translation. As a visual artist who also writes and composes music, his work draws on the affinities between the visual and the sonic, employing materials and tools of music and sound. In recent years Goldstein has begun exploring the “colors of noise”—tonal frequencies in varying intensity and speed, in analogy to the color scale resulting from different degrees of light refraction; He works with power tools and other devices, such as drills, fans, and a clock, to create drawings which represent light and sound frequencies, converting sound to a visual element and vice versa.
Music is a major player in his exhibition, as background, subject, and character. The show originated in a record (Memorable Equinox) created by Goldstein during his residency in Northern Ireland in the autumn of 2015. His research on the “colors of noise” was expanded to the violence- and strife-ridden environment and the local color of life in it. In the three-channel video installation Silence isn’t Very Much, created especially for the current exhibition, the album’s songs are played alongside texts, actions, characters, and landscapes associated with questions of “noise” and “interruption”; the noise, however, does not emerge as a strident disruption, but rather as an atmosphere imbued with pain, hardship, and trauma. The music is also present in Theme Tonight …—an independent production by Goldstein for Samuel Beckett’s radio play Words and Music, in which he played the two characters entitled “Words” and “Music”, in addition to composting and performing the music (in collaboration with producer Avichai Tuchman). The play addresses the tools of the radiophonic medium, the tension between words and music evolving into a song. Beautiful Isle of Somewhere explores yet another musical means, the pianola—a music-playing device which preceded the gramophone, whereby piano keys are moved using a mechanism operated according to musical data on a perforated paper roll (piano roll).
Goldstein’s variegated body of work scrutinizes narrative configurations which stretch over different, distorted temporal axes. Music joins text and image in such media as drawing, video, and animation, whose interrelations range between seeing and hearing, and between showing and telling. The narrator, as a voice, is the character leading a narrative which is not a mere plot, but rather a matrix for the arrangement of external and internal realities in the viewer’s experience. Layers of data are superimposed, eliciting questions about sequence and order, truth and fiction. Goldstein patches and crosses data and tenses while oscillating between sounds and silences on his way to a solution or a resolution. The viewer’s senses wriggle between listening and viewing, “Once, a Beat, Second Hit.” 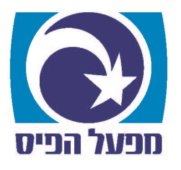 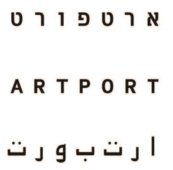