Honey, I rearranged the collection 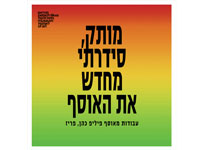 Philippe Cohen’s collection constitutes a coherent and admirable ensemble. Offering these work to public view for the first time, means piercing the Parisian collector’s intimate sphere, bringing an intrusive eye into the life and loves of a person who for years has been constructing a private project, a personal passion. But there arrives a day when the public benefits from the aura of such a subjective enterprise. Collecting is above all making a personal choice about art in order to conserve it preciously and to know as much as possible about the works.
Consisting of poetic and engaged works, the collection is focused particularly on the French scene (Pierre Huyghe, Philippe Parreno, Melik Ohanian, Loris Gréaud), the Israeli (Moshe Ninio, Pavel Wolberg, Miri Segal), but also North American (Paul McCarthy, Mike Kelley, Cindy Sherman, Louise Lawler, Matthew Day Jackson). And is structured around a number of constants, which not only reveal the collector’s philosophical positions, but also his explicit temptations.
The title echoes a work by Allen Ruppersberg and suitably signifies the singular approach that Philippe Cohen has been engaged in for the past twenty years. With their shared cultural and conceptual affinities, these works demonstrate the collectors’ propensity for typologies of language, for the treatment of the idea of time and duration in space, and towards intelligence and artistic humor, even as the status and multiplication of images is continually called into question.
Within this collection, the video is clearly emphasized, and numerous other pieces concern the image in movement. The attentive viewer will discern a particular attention to space and time issues that should induce an active play of appropriation for the thoughtful eye.
Hence, the exhibition proposes to confront the spectator with the collection as a phenomenon of works, unseparated from Philippe Cohen’s everyday existence. And the result is an unquestionable pleasure and the intuitive apprehension of works, which allow the viewer to encounter virtually the artists. 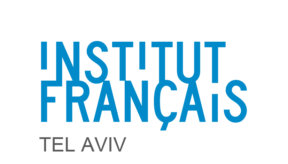 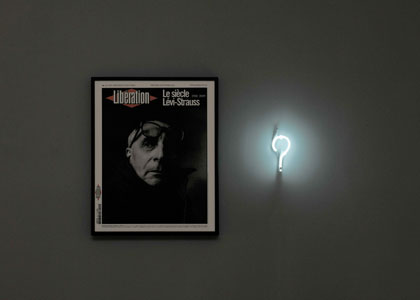 The front-page of newspapers have become the iconostasis (the screen bearing icons) of modern times. The radical left-wing newspaper’s front-page associated to this neon question mark discusses how the media is making use of events. The death of Lévi-Strauss, French famous anthropologist, provides the pretext to interrogate the tension between the desire to understanding and need for action. 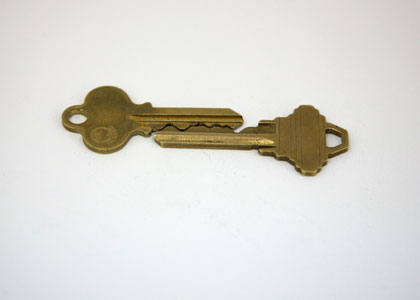 For the diptych, Sherman cheekily poses as both the male and the female in a homespun healthcare team; the male doctor is appropriately masculine, with a stern and serious face, while the nurse is portrayed as a friendlier figure. Photographed in black and white, and oval-shaped like an “old-time” photo album, the image looks as though it could be styled from an early postwar TV sitcom. It humorously emphasizes how strictly gender roles still adhere to antiquated notions of masculine dominance and feminine passivity. 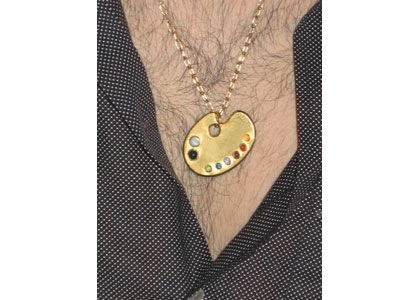 This picture shows the torso of a man around which hangs a jewel that is a small reproduction of a painter’s palette. Portrait of the artist as a painter or metonymy of what is art, Eli Petel aims at showing us with humor what we could call literally or define as art.
Courtesy the artist and Dvir Gallery, Tel Aviv 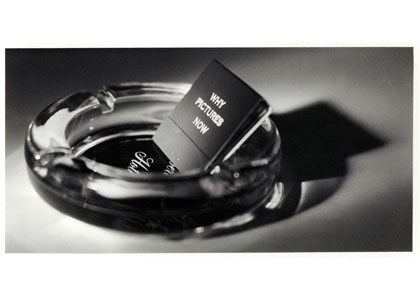 This is the first photo of what later became the brand mark of the artist. The title immediately raises the question of the production of images in a world already saturated. Lawler takes pictures in collectors’ apartments, museums or auction houses and examines the way in which the public reacts to such works and the place they occupy in their context. She therefore plays on the contrast between the way that a work of art is conventionally represented and the detail of its presentation. 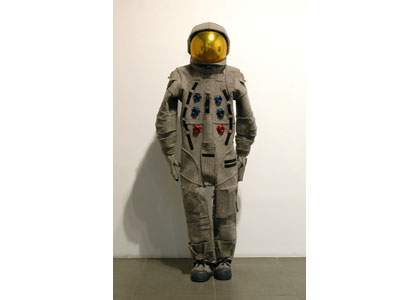 In this sculpture two utopias overlap, that of Joseph Beuys, of a social type, using felt as his choice material; and that of the astronaut, a crewmember of the Apollo missions, setting milestones in several major human spaceflight. In fact, the reference seemed to become the medium – staging a contest between the materiality of history and the physical presence of objects. 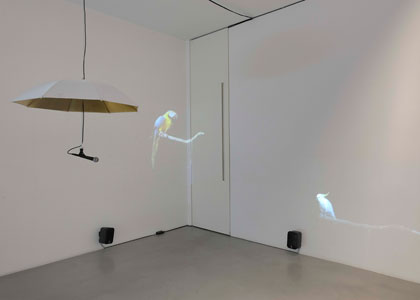 A parrot shuffles back and forth on a perch, repeating the words spoken by the viewer into a microphone. Image and text, animal communication and human language, this intriguing proposition echoes the complexity that comes with the unusual relationship between humans and one of the only feathered creatures able to repeat what it hears without understanding it. 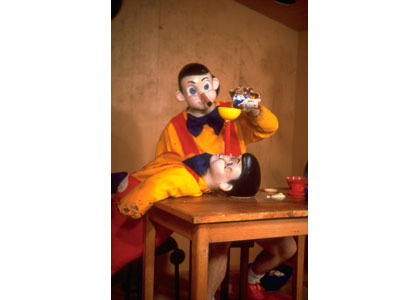 The costumes and accessories arranged on hangers are part of the specific apparatus established by Paul McCarthy. In this interactive installation, the public is invited to wear a costume of Pinocchio and watch a video of the same character played by the artist himself. A mise en abyme is done in this mirror game. The work is a critique of the American society. 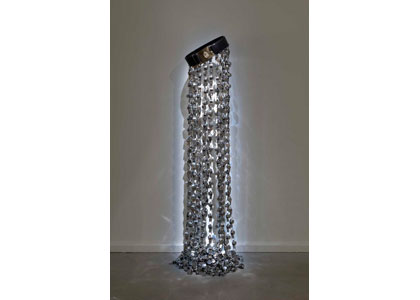 Hundreds of whistles, used for regulating masses or warning, hang on a security belt, rising into a pile. The work comments on the excess of the rising security around us leading to absurdity. Gupta creates art by using objects, photographs, sound and public performances to examine subversively themes as desire, religion and security. 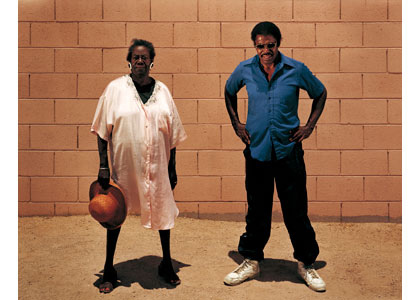 With Alice Laitner, Youngblood’s Girlfriend and Alibi Witness at Trial
Served 8 Years of a 10.5-Year Sentence for Sexual Assault, Kidnapping and Child Molestation,

The Innocents show individuals who served time in prison for violent crimes they did not commit. They are photographed at the scene of misidentification, the scene of arrest, the scene of the crime or the scene of the alibi, sites that had particular significance to their illegitimate conviction. Those locations hold contradictory meanings for the subjects.