The community of black Bedouins (“Afro-Bedouins”) in the desert town of Rahat faces racial and class discrimination deeply rooted in the social conventions of the traditional Bedouin community in the Negev. The black Bedouins’ roots lie in East Africa, where they were captured by Arab slave traders and sold in the markets of Zanzibar and Saudi Arabia to white Bedouin tribes. These markets operated until the early 20th century; many of those abducted and their offspring continued to serve as slaves in Palestine until 1948 (when Israeli law came into force), hence they are still referred to as “abed” or “abda” (Arabic for slave, servant). It is a minority that has endured deprivation and oppression. Their negative image pervades the local social, family, and education systems, preventing their personal as well as professional advancement and limiting their independence and freedom of choice.
The Film Class was created in Rahat in 2005-06 as part of a filmmaking workshop for black Bedouin women taught by director Uri Rosenwaks. While working with these women, teaching them the principles of cinematography, their daily confrontation with the harsh racism and the repressed historical origins of their discrimination are unveiled. As part of their course work, the women documented their activity through the instruction and in collaboration with Rosenwaks and his colleague, Magid Kamalat (director of the Step Forward NGO in Rahat). They gathered information, researched, filmed, and interviewed family members, the community elders, and representatives of the public. During the work on the film, the women even travelled on a roots journey to Africa, a quest whose documentation—as well as its exposure to the public at large and the Bedouin community in particular—became a scathing, seminal document about the persistence of customs and prejudice regarding skin color and country of origin. Concurrently, it was also a personal pilgrimage for each woman and an empowering voyage that influenced their status in the community with the aid of the visual tool.
The film received first prize in the Israeli Documentary Film competition (2007), and participated in many festivals the world over. Following its success, funds were raised to purchase professional equipment to expand the film class in Rahat.
Produced with the support of
The New Foundation for Cinema & TV
Channel 10, Israel
Step Forward for the Promotion of Education in Rahat

The Negev Foundation for Co-Existence 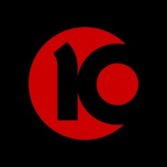