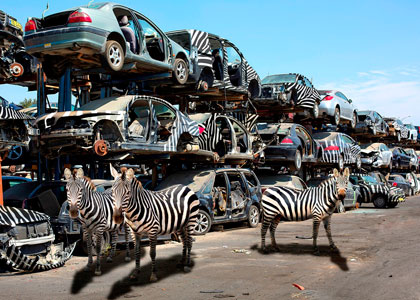 Benni Efrat’s works wage a harsh offensive against the viewer’s senses, consciousness, and beliefs. They make no attempt to appeal to any given taste, and the choice of raw materials serves the engagement with current issues rather than with intra-artistic concerns. “Art deals with life, but my art deals with the very possibility to survive, to stay alive,” says Efrat, who since 1982 has been dating all of his works using a timeline beginning with his estimated year of death, 2030. In this vein, the video installation Doom’s Path, Winter 2065, created especially for the show, engulfs the viewers with magnificent, menacing images of environmental destruction.
Efrat’s broad and variegated oeuvre since the early 1960s is characterized by the probing spirit of conceptual art. Efrat earned international acclaim for his painting performances on film projections, which were groundbreaking at the time and addressed the gap between representation and action, between repetition and erasure, between human consciousness and the material world. His film sculptures, two of which are featured in this exhibition, use light as a raw material, illustrating the playful aspect of his artistic practice, as the figure of the artist lays bare the fundamental forces structuring human sensory perception.
Although he tends to change his country of residence every decade, Efrat remains a non-absent presence in Israeli art. The early 1980s saw a sharp transition in his work following an encounter with renowned scientists, among them Carl Sagan, and trips he took to Ruanda and Cambodia. Since then he has been focusing on the affinity between human abuse of nature and the moral wrongs suffered by the weaker elements in human society, such as child trafficking and the deadly use of weapons and drugs. At the same time, the exhibition sheds light on the consistent, continuous progression of his work as a whole over more than five decades. It indicates how Efrat’s engagement with the limitations of human perception evolved into a moralist-artistic stance not unlike that of a modern-day prophet of the apocalypse. A rarity in the art world of recent decades, this position proves itself to be more relevant than ever these days. 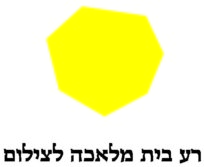