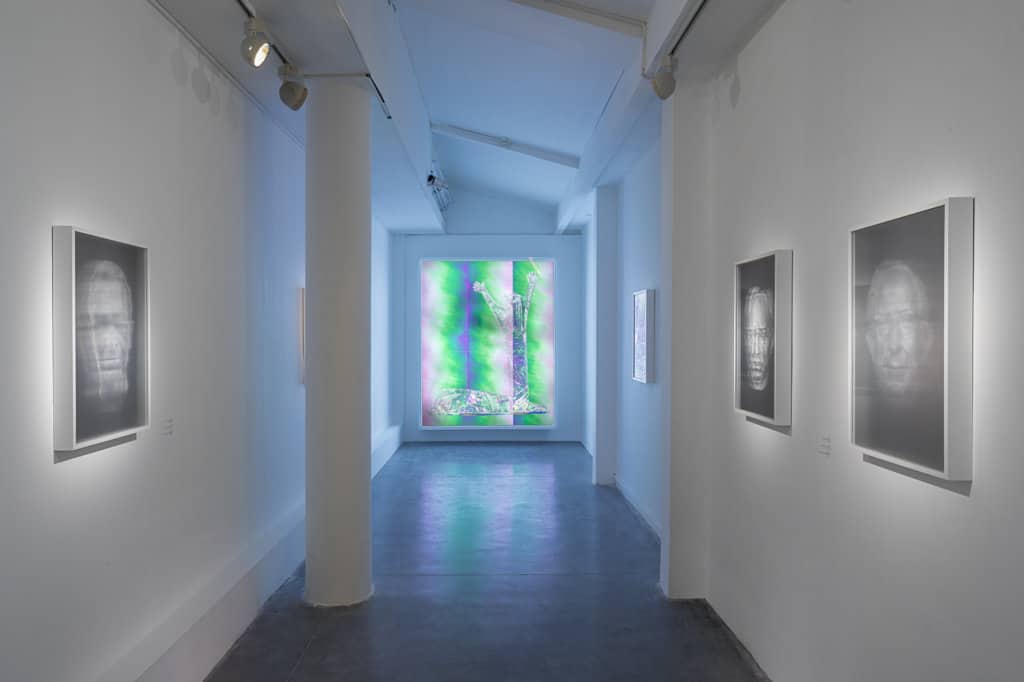 Naama Roth׳s exhibition is an architectural and artistic mise en scène of the memorial space at Beit Yad LaBanim, which is nowadays one of the museum׳s wings. It is the first commemoration hall constructed in Israel: the decision to build it was made in 1951, and it was inaugurated in 1953 as a memorial for the fallen soldiers, which would also function as a cultural and educational complex, that later evolved into a museum. As an artist whose work relates and responds to the place, Roth chose to retell the visit to Beit Yad LaBanim as a stroll through the realms of collective memory—a memory that belongs to everyone and to no one at the same time.In creating a parallel alternative space, whose perspective is that of a blind alley—a cul–de–sac, which allows entry, but not a real or a metaphorical continuation—it revives the artworks in the hall, while examining the boundaries between the two–dimensional and the three–dimensional, and the transformations between one medium and another: Aaron Priver׳s concrete relief becomes a light box; Jacov Wexler׳s mosaic floor materializes as a sand sculpture; the busts of leaders and exemplary figures become holographic photographs arranged along the aisle.

In her work, Roth creates a re–experience of the ״Yizkor״ space of remembrance so central in Israeli life and in the history of art in Israel. We walk in it as in an imaginary–fantastic elusive space, wondering about its place and role in everyday life, as well as the role of art and how it acts as an image and a medium that renders memory present. Under Roth׳s hands, the symbolic works of art, recruited to tell a story of loss and bereavement, leadership, sacrifice, and victory, are put forth for reconsideration; they challenge the language of art and the curatorial act, examining them in the charged intermediate space between iconophily—love of the icon, the object, the image, and iconoclasm—shattering the image and breaking free from its enchanting power.