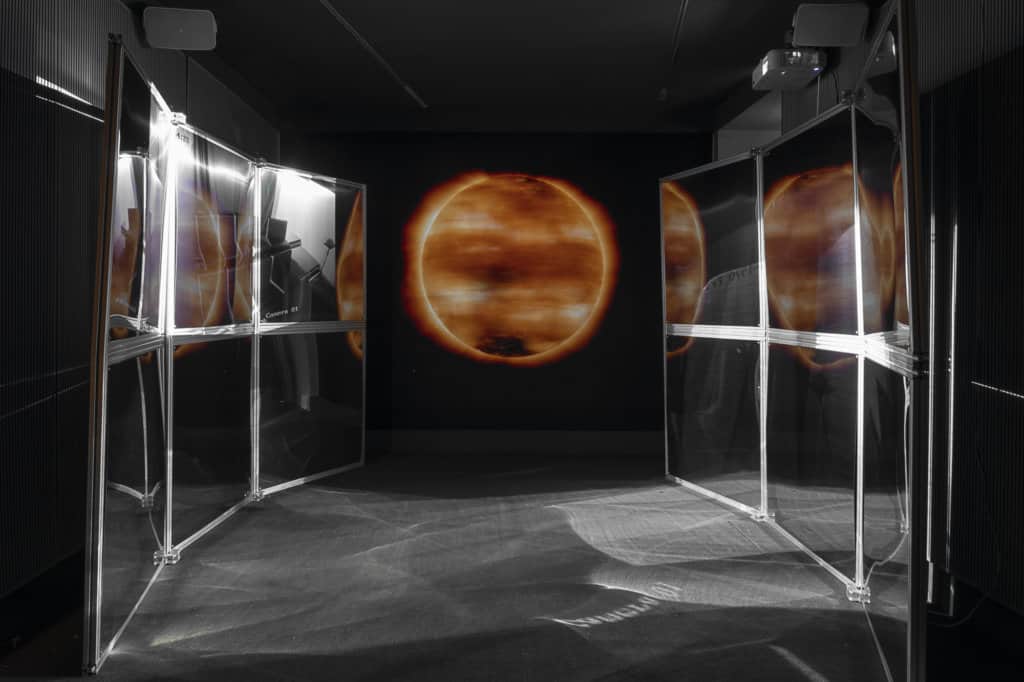 Sharon Azagi׳s work connects the scientific ability to analyze and understand our surroundings with the rational and emotional inability to fully grasp the essence of things. In an installation that combines sound, visual documentation of the sun, and computer software developed specifically for the work, she creates a metamorphosis of images, sounds, signs, and electrical pulses that gives form to our attempts to touch upon existence. The software analyzes frequencies of solar radiation, transmitted to Earth from the radio telescope launched into space in 2010 by the Atlas II spacecraft, processes them by interpolating the position of the sun relative to the Earth, and transforming them into musical notes played on a digital organ. The position of the sun in relation to the earth determines the rhythm, while the frequencies of the sun dictate the sounds, creating a sundial which does not obey the accepted division into hours.

Furthermore, the work outlines a cosmic state of mind, mediated through the filters of science and technology, engulfed by solar signals projected live on a screen, amid plates that reflect the viewers׳ presence and create a sense of hovering between reality and illusion. Subjected to this scene of science, illusion and false enchantment, the viewers seem to be the ones conducting the hidden music of the cosmos.